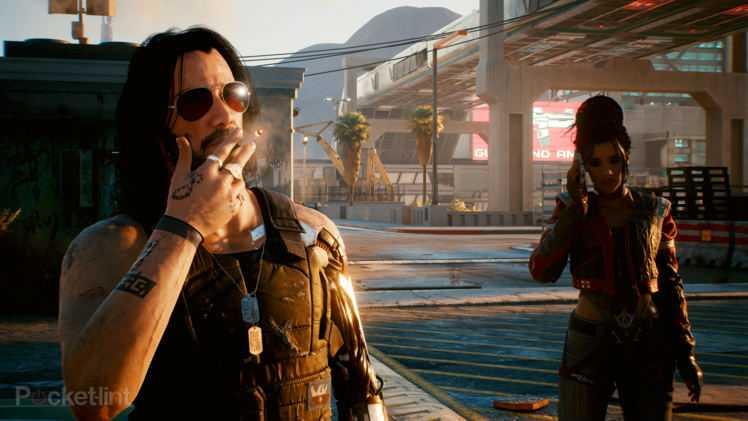 If you’ve been looking at the latest and greatest Nvidia RTX graphics cards, then you might have heard mention of DLSS. If you’re not quite sure what it is, we have the answers.

Nvidia clearly has some serious gaming hardware in the form of various different graphics cards, but the company has also been working on a number of different software technologies in recent years designed to make the most of that hardware.

The company has been making a big push on the powers of ray tracing and the experience that can add to games. This technology adds enhanced visuals through realistic lighting, accurate shadows and diffused light sources. But it also can put pressure on your gaming PC and lower your FPS count, which is miserable for any PC gamer.

That’s where DLSS comes in. This is a technology that’s designed to let you make the most of awesome visual fidelity while improving performance and keeping your frame rates high so you can make the most of your fancy gaming monitor.

What is DLSS and how does it work?

Deep Learning Super Sampling (aka DLSS) is an artificial intelligence technology that Nvidia has developed in order to help improve the performance of your gaming machine even while you’re running higher settings.

The idea is to put less pressure on your GPU by rendering the original image at a lower resolution, then using artificial intelligence to upscale that image to give the impression it’s being run at a higher resolution.

Imagine you’re playing a visually stunning triple-A title on maximum settings on a 4K monitor but the game is actually running at 1080p, then being upscaled by the AI to 4K using DLSS. This means the game can run faster and smoother giving you large FPS gains but without the visuals suffering.

The DLSS artificial intelligence is essentially adding in the extra pixels to result in a fantastic view but one that’s smooth and won’t leave you crying over the FPS counter dropping.

DLSS isn’t perfect, but it has improved over time and now Nvidia has multiple DLSS settings that include performance, balanced and quality mode. You can swap between these based on your experience with quality offering the best visual enhancements while performance can help to up your FPS if it looks like it’s dropping. We mentioned how ray tracing can add to the overall visual effects in the game but it can have a negative impact on the game’s performance. DLSS counters this and allows you to keep settings like that on but works some serious graphics magic to improve overall performance.

We’ve seen this in action in a number of games. In some, it makes a more significant difference than others. On max settings, Cyberpunk 2077 was particularly taxing when it first launched. Even with a beefy PC and an RTX 3080 we were getting 20-30 FPS with DLSS off but everything else maxed out. Turning DLSS on resulted in almost double that frame rate and a much smoother experience.

It is, however, not perfect yet. When set to performance mode you may well notice some degradation in overall visual quality depending on what you’re playing. A slight blurriness may occur when compared to running at 4K with DLSS off. For the most part though the technology works well and the trade-off is well worth playing with.

Initially when DLSS first launched only a handful of games supported it and you couldn’t just run it on anything. Since then DLSS has been improved and released in the form of DLSS 2.0. The company has also tried to make it more accessible to developers so that it doesn’t need to be trained on particular games in order to give the best performance but instead could be more widely integrated into as many games as possible.

Still, DLSS implementation depends on the developers, but we have seen it in a number of games. Nvidia also has some bold claims about the performance improvements DLSS offers to the following titles:

The official list of games that support DLSS is ever-expanding but currently includes:

If you’re keen to find out more about DLSS, you can read about it over on Nvidia’s official site.