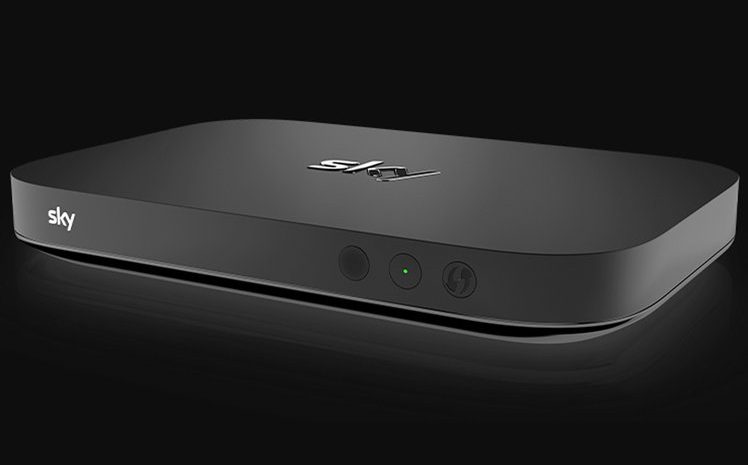 Sky UK first announced plans to make Sky Q available without the need for a satellite dish back in 2017. Instead of requiring a satellite dish, the channels will be delivered through a set-top-box over your broadband connection.

Of course, if you want to see Sky channels without a dish currently, you can use Now TV or get channel packages like Sky Sports through other services.

The benefit of the new service however, is that it will give homes that currently can’t have satellite dishes access to Sky. This could be for myriad reasons. Some people don’t want a dish on the outside of their home. Others can’t due to listed building constraints, short-term rental agreements or management companies that won’t let you install them.

Although it’s likely that Now TV would remain as Sky’s “dip-in-and-out” service – probably because it’s well-known among consumers – it means Sky could offer shorter-term deals for those who need flexibility but want access to all of Sky’s programmes.

What will Sky without a dish be called?

Since announcing its UK plans in 2017, Sky has launched Sky via Fibre in Italy and Sky X in Austria, neither of which require a dish.

We think Sky X seems like a good bet for the name of the UK internet-based service too and, judging by what’s on offer in Austria – which we’ll explain more about in a moment – it slots in between Sky Q and Now TV. When will Sky X launch?

At the time that Sky first announced plans back in 2017, it said: “The service is expected to launch in the UK in 2018.” It didn’t. Part of this is probably down to Sky’s corporate uncertainty prior to the company’s acquisition by Comcast last autumn.

It could also reflect Sky wanting to drive revenue by getting Sky Q in as many homes as possible first though – figures from a year ago said that Sky Q was in 2.5 million UK homes so far.

Sky has provided us with a statement for this feature, but sadly it doesn’t provide any further insight on a launch date. “There is scope for [Sky without a dish] to be rolled out across all key markets in future, although we don’t have any further information on details or timings at this time.”

There’s little question that the UK is one of those “key markets” for Sky, while we still believe it will be sooner rather than later.

How much will it cost?

Although it’s difficult to compare services between countries, Sky Austria offers Sky X from €20 a month for a basic package rising to €35 a month for movies and sports. There’s no long term tie and the box costs a one-off charge of €50 or €20 depending on the package.

We expect that Sky X would cost a little more in the UK to reflect the premium sport pricing and the surely lower cost of Now TV which remains a 720p service instead of the 1080p offered by Sky X. As a comparison, a Sky Cinema pass will cost Now TV users £12 a month currently while Sky Sports costs £33.99 a month. What equipment will you need?

It’s likely that Sky will release the same Sky X Streaming Box that it has in Austria. It doesn’t have a satellite connection or the capabilities to record. Instead, it’s pretty much a Sky Q mini box which is network-connected via Ethernet or Wi-Fi. It can stream 1080p HD content.

Sky X in Austria also works via LG and Samsung smart TV apps (on 2015 TVs or later) in addition to a mobile app which can stream services, as well as access on-demand content just like the Sky Q and Sky Go apps do.

Sky is experienced at using the internet to distribute content – after all, existing Sky boxes use the internet for on-demand content. It will also no doubt have learned from the experiences of BT TV, TalkTalk TV and EE TV in terms of distributing online TV services in the UK.

Within your home, the Sky Q box also uses your home network to offer multi-room to Sky Q Mini boxes. It’s perfectly possible that you could get Sky X through an existing Sky Q box, although whether Sky would enable you to do that is anyone’s guess.

What broadband will you need?

Sky Q doesn’t require you to have broadband from Sky and we’d expect that to be the same for Sky X. Sky recommends an internet connection of at least 12Mbps for HD programming.

We think it’s unlikely that Sky will offer 4K programming through the service for now. For comparison, BT currently recommends its BT TV customers have a minimum download speed of 44Mbps for 4K.

Sky Q vs Sky X vs Now TV: What will be the difference?

If Sky X in the UK mirrors the Austrian service, Sky X won’t be able to record programmes although, of course, you will be able to get them on demand. Recordings will remain the domain of more expensive Sky packages. Multi-room will also require Sky Q with Sky Q mini boxes as it does now.

One of the other major differences is in terms of the resolution available. It’s likely Sky X will only be capable of 1080p HD, while Sky Q will be the only way to get 4K UHD through Sky.

Once again, note that there’s a point of differentiation with Now TV which remains in 720p for now. Sky was more than a little cagey about 1080p for Now TV until last month when it told Pocket-lint: “Later this year we will be introducing the option of streaming Now TV both live and on-demand in Full HD, with content from the likes of Sky Atlantic, Sky One and Sky Sports”.

As we said in our story at the time, note the use of the word “option” there – could it be that the Full HD service referred to is actually Sky X while Now TV will continue in 720p?