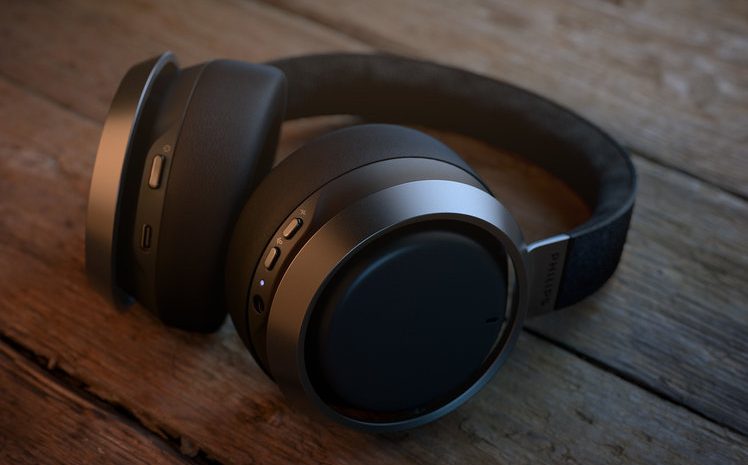 Philips is greatly expanding its headphones range in Europe, with active noise cancelling devices to be released across all categories.

Unveiled by TP Vision, the parent company of the Philips TV & Sound brand in the UK and Europe, the headphones include the premium Philips Fidelio L3 – wireless over-ears with high-end audio capabilities.

The Philips Fidelio L3 wireless headphones are the company’s top-of-the-range – carrying the Fidelio name that is synonymous with its audiophile history.

They come with 40mm neodymium drivers (one in each ear) and combine active noise cancellation with passive noise isolation. Four mics capture external ambient sound, which is then countered by the internal processing to drown it out without impacting the musicality or timing.

Bluetooth 5.0 is on board, with aptX HD decoding for lossless audio reception. True Hi-Res Audio playback is also possible through through an included audio cable.

The headset is covered in Muirhead sustainable leather. The earcups are covered in leather too.

They boast to 35 hours of music playback on a single charge – 30 hours with ANC switched on. Fast charging allows for six-hours of use after just 15 minutes of charge time.

Like the Fidelio L3, the Philips H9505 over-ears are wireless and offer active noise cancellation, but are aimed for the slightly more budget concious. They too come with 40mm neodymium drivers and are capable of up to 24bit/96kHz high-resolution sound playback.

Bluetooth 5.0 connectivity is coupled with Google Fast Pair for Android, but are equally suited for iOS use. Both Google Assistant and Siri are supported.

Battery life is quoted as up to 20 hours of playtime, with 15-minutes of charge giving one hour.

They will be available from November.

Both the Philips T8505 and T5505 are the first true wireless earphones from the brand that come with active noise cancellation. The T8505 is the slightly more premium of the two, coming with 13mm neodymium drivers and up to six hours of playback. Their charging case carries an additional 18 hours of charge.

One-hour of playback is possible from just 15 minutes of charge time.

The T5505 come with 8mm neodymium drivers and five hours of playtime. Their case carries an additional 15 hours of charge. Again, 15 minutes of chargetime will provide an hour of playback.

Both of the true wireless pairs will be available in black from October. They are both IPX4 rated for splash and sweat protection.

Prices for all the announced headphones are yet to be revealed.