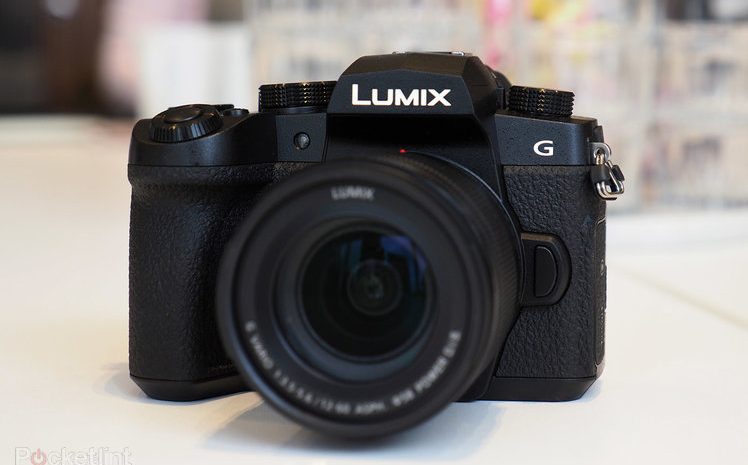 It’s already been a bumper 2019 for Panasonic with the launch of its S1 full-frame mirrorless camera. But that high-end accolade isn’t an accessible point for many, which is where a Micro Four Thirds mirrorless camera like the Lumix G90 comes into play.

The Panasonic G90 (or G95 for our US readers) – the update to the three-year-old Lumix G80 / G85 – pulls a variety of high-end features from the range’s top-spec Lumix G9 at a cut of the price.

With its 20-megapixel sensor, unlimited video recording options in 4K/Full HD, and new design compared to its predecessor, the G90 cuts a strong stance in the mid-price mirrorless market. Here’s why it’ll appeal to photographers and videographers alike.

So what’s different compared to the G80? Like we said above, the resolution increases from 16MP to 20MP thanks to a new sensor, which is also capable of unlimited video recording in both 4K and Full HD resolutions.

If you own a G80 then the biggest difference you’ll see with the G90 is the inclusion of dedicated ISO sensitivity, white balance and exposure compensation buttons atop the camera – just behind the shutter button. This opens the camera up for quicker adjustment and operation.

There’s also in-camera recharging via Micro-USB, which will be handy for on-the-go charging, although we prefer the faster charging of a dedicated charging cradle (which now lacks here).

The core of the Lumix G90 is largely similar to the G80 that came before it. But you know the expression: ‘if it ain’t broke, don’t fix it’. And when it comes to the viewfinder and display specification, the G90 has everything that you’ll need.

It has a nicely proportioned grip on the right side, coated in a suitably grippy texture to make it pleasant and easy to hold. All the dials are within easy thumb (or finger) reach too. What’s more, the camera’s body is weather sealed, and has a nice solid weight to it. It feels durable, except perhaps the large flexible flap that covers the ports on the left hand side.

Over the years we’ve become accustomed to using a vari-angle LCD screen, which we find an essential for low-level positioning when shooting products. The G90’s screen is responsive to touch, ample in resolution and brightness, and far preferable to the tilt-angle options that some smaller cameras put in place (like the Sony A6400).

The viewfinder is even more special thanks to a massive magnification (0.74x) which makes the image appear very large to the eye. The refresh rate isn’t as high as some – it’s half that of the G9, for example – but it’s not slow enough that it makes any real difference to daily usage.

When it comes to performance, Panasonic offers a consistent autofocus setup for the majority of its mirrorless cameras. This comprises a variety of area modes, whether selecting automatic across the majority of the frame, Area for a specific section of the frame, a 1-Area single area point, or Pinpoint AF for 100 per cent zoom focus confirmation. The G90 is no stranger, with all these modes responding ultra-quick as we would expect.

But there’s more: the G90 also offers Face/Eye AF, like the Lumix S1, which is really useful for automatic tracking. If you’re shooting portraits then the eye-tracking mode is particularly impressive, locking onto a subject with ease and holding focus irrelevant of movement.

The G90 is also the first Lumix camera to offer a real-time Bulb mode, called Live Composite, which updates the exposure in real-time on the rear screen when you’re shooting long exposures. It’s a great idea – one that Olympus has long offered in its cameras – designed to complement to Panasonic’s variety of Starlight AF modes for star photography.

While the G90 can’t hit the same ultra-high frame-rates of the G9, it offers 9fps in single autofocus and 6fps in continuous. Or you can select 4K Photo to shoot 8MP stills at 30fps, which can be extracted from long sequences – a bit like shooting video.

On the image quality front, Panasonic is again consistent in its offering. The G90 might be a cut of the G9’s price, but with a similar 20-megapixel sensor arrangement you can expect the same degree of image quality.

Quality will be lens dependent, of course, and we tested the camera with Panasonic’s 12-35mm f/2.8 lens that’s been seen as one of the absolute must-haves in Panasonic’s MFT lens line-up. Using this lens, the camera focuses quickly.

For the most part, when shooting outdoors, the camera does a good job of exposure metering; bringing down the brightness in the sky, allowing you to see the details in the clouds and the blue colour of the sky itself.

We did see a touch of image noise in the shadows on some images too, but otherwise quality is high grade.

One of the biggest areas of focus for the G90 is in the video capture department. Sure, its 4K capture at up to 30fps (also 25/24p) is the very same as the G80 before it, but the G90 offers unlimited video recording time – trying to align itself as a vlogging camera in that regard.

Using it as a video camera is very similar in performance terms and end results as using the older flagship GH4. You can setup the G90 to shoot manually – so you can adjust the shutter speed, aperture, ISO and white balance quite easily – and that’s essential when filming in areas with artificial and LED-based lights, which tend to flicker at certain shutter speeds.

Being able to use V-Log also means you get a nice blank canvas which you can then colour correct in post, allowing you to bring out the shadows, deepen contrast, increase saturation, or give it whatever stylistic look you want. If you don’t want to go to all that effort in the edit, choosing any of the other pre-set photo styles is a shortcut.

There’s also Full HD capture at up to 120fps, allowing for half/quarter-time slow-motion, plus dual 3.5mm jacks for both headphone monitoring and microphone recording – again, great for higher-grade vlogging where quality audio and monitoring comes into play.

In short, the G90 has everything you could want from a portable video camera, and because it’s nowhere near as expensive as the flagship GH5, it makes an ideal first camera for YouTubers, or even a B-camera for professional vloggers.