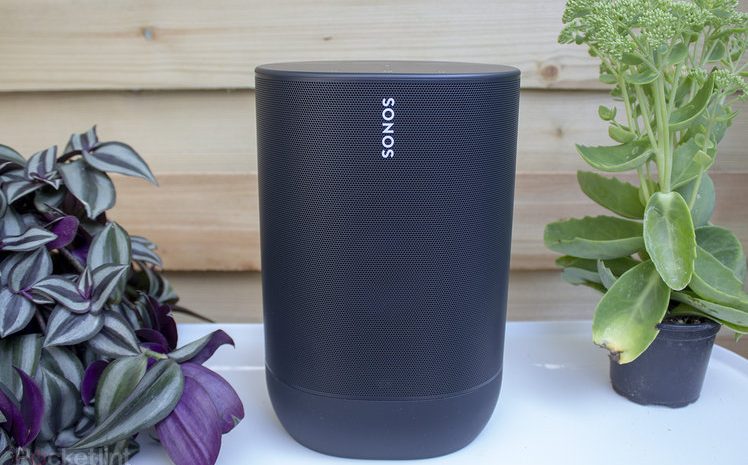 Sonos typically launches a couple of products a year. In 2020, this was the Sonos Arc soundbar, the updated Sonos Five and the third-gen Sonos Sub. In 2021, rumours suggest we might see another Bluetooth speaker and possibly a new product category, like headphones.

You can read all the rumours surrounding the mysterious Sonos headphones in our separate feature, but here we are focusing on everything we have heard about the next Sonos speaker.

Sonos CEO Patrick Spence said in an earnings call in the middle of February 2021 that the company is nearing the launch of a new product, though he didn’t specify what the product was.

Spence said: “We remain committed to launching at least two new products per year and are well on track as we look at our fiscal 2021 product roadmap. We are excited to introduce our newest product next month. Stay tuned for details.”

The month following the call would be March 2021, though no official event has been scheduled as yet. If we don’t see the next Sonos speaker in March, we’d predict September/October time as this is typically when Sonos has released products in the past.

In terms of price, we’d expect the new Sonos Bluetooth speaker to be cheaper than Move at the very least, meaning under £400/$400. We’d hope to see it arrive under the Sonos One – making it accessible to some who may not have been able to invest in Sonos before – but for now, we will have to wait and see.

At the moment, there are no rumours hinting what the next Sonos speaker will be called. The company currently has quite a clear naming strategy, though unlike the next iPhone or Samsung Galaxy S phone, Sonos speakers use names rather than sequential numbers making it harder to predict future models.

The Sonos One and One SL are the smallest Wi-Fi speakers in the portfolio, the Sonos Five the largest Wi-Fi speaker. There is nothing inbetween those, unless you count the discontinued Sonos Play:3. The Sonos Move is currently the one and only Bluetooth and Wi-Fi speaker, while the soundbars are called the Arc and Beam. There’s also the Playbase – which is a soundbase – and the Sonos Sub. Basically, everything has a singular name so we’d expect this to continue with any new products.

As Bluetooth has been mentioned in the FCC filing for the next Sonos speaker, it would suggest the speaker will fall under the Sonos Move but it isn’t clear if Move will become a category on its own, like the Sonos Move One or Sonos Move Mini for a smaller speaker for example, or whether the next speaker will have an entirely different name not associated with Move, like Sonos Mini or Sonos Boom.

The speaker is listed on the FCC as model number S27, which for now, doesn’t get us any closer to predicting a name. It is worth mentioning that the original Sonos Move was called S17 when it appeared on FCC however and if it is a battery-powered Bluetooth speaker like the Move but smaller, it would be surprising to see the Move name not incorporated somehow.

Though the FCC filing regarding the next Sonos speaker doesn’t give much away in terms of design, we’d expect it to follow similar design traits to the current Sonos portfolio.

We’d expect there to be some form of capacitive controls, very small holes making up the speaker grille for a clean look and we’d expect black to be the main colour option to start with. If white isn’t an option at launch, we wouldn’t be surprised to see it as an option at a later date, though we’d also love to see some more colours – like Sonos offered with its limited edition Sonos One Hay collection.

The FCC filing shows a circular label that will apparently be “laser etched around the perimeter of the bottom surface of the device”, which suggests the speaker could be cylindrical in shape, like the UE Boom and Megaboom, rather than oval like the Move, meaning a new form factor. The UE Boom 3 and Megaboom 3 are waterproof, as is the Move, so we’d hope to see waterproofing on the next Sonos speaker too.

The leaked filing also mentions a wireless charging dock that uses less power than the current Move, suggesting the next speaker is smaller than the Move, and hopefully lighter to make it more portable. If smaller and lighter, it wouldn’t need the integrated handle the Move has so it’s likely it would look quite different.

Other design aspects we would expect to see on a Bluetooth Sonos speaker though, is a Wi-Fi to Bluetooth toggle, allowing users to switch between the two modes easily and a pairing button.

As mentioned previously, the FCC filing also shows a wireless charging dock that requires less power than the current Sonos Move. This suggests the next Sonos Bluetooth speaker will work in a similar way to Move, allowing it be used as a typical Sonos speaker when on its base and in Wi-Fi mode, but feature a rechargable battery to allow you to take it with you to the beach, or to the park. Less power suggests it will be a smaller battery than the Move’s 11 hours though.

Sonos did announce a Replacement Battery Kit for the Move however so perhaps the new speaker will offer an even easier way to swap the battery out, enabling users to have a spare with them if they are away from home and not close to the charging dock.

No other features or specs have been mentioned in rumours as yet, so for now, it’s unclear if the next Sonos Bluetooth speaker will have Google Assistant and Amazon Alexa on board like the Move, or whether they will offer Auto Trueplay tuning. We’d expect the latter as Sonos speakers all deliver great sound and Auto Trueplay helps achieve this with a device that doesn’t stay in one place – like the Move.

We’d also expect to see AirPlay 2 support given all of the company’s latest speakers offer this, and we know any new Sonos speaker will have all the features that come with other speakers in the Sonos system, like support for over 100 music services, easy grouping and control through voice assistants like Google and Alexa even if the speaker itself doesn’t have built in voice control.

Sonos CEO Patrick Spence announced his company is preparing to release a new product in March 2021 during an earnings call.

An FCC filing from Sonos suggests the company is working on another portable speaker with Bluetooth.