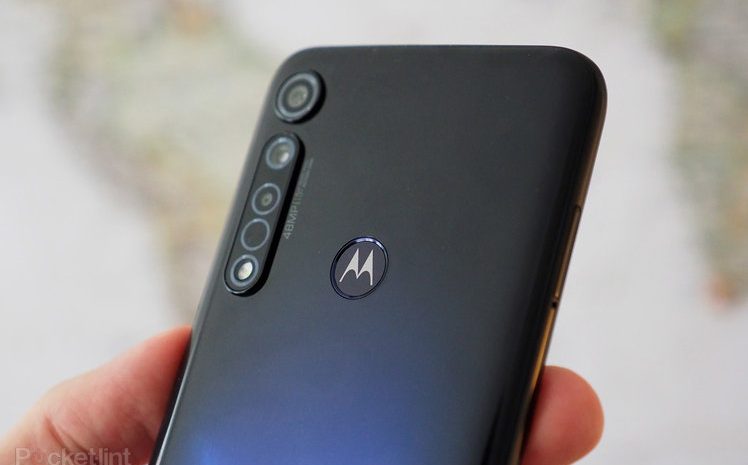 Motorola’s Moto G series is one of the best budget smartphone ranges around. Since its launch in 2013, it has continued to improve over the years, offering exceptional value for money in the budget and mid-range smartphone markets.

The Moto G8 Plus launched in October 2019, meaning it could almost be time for its annual refresh expected to be called the Moto G9 Plus.

This is everything we know so far about the Moto G9 Plus.

Although no specific date has been mentioned, the Motorola Moto G8 Plus launched in October 2019, ahead of the rest of the G8 range.

With a couple of rumours now floating around about the Moto G9 Plus, it is thought its launch isn’t too far off. Some time in October 2020 would make sense – a year after its predecessor. As for the rest of the Moto G9 range, if Motorola follows the G8 pattern, those devices will likely appear early 2021.

We’d expect the Moto G9 Plus to follow the previous handsets in the series with a plastic build to preserve that aggressive price point. That looks to be the case from early image leaks showing an evolution of the Moto G8 Plus design.

The rounded corners and curves to the rear of the phone look to stay in place, but the cameras move into a retangular block, a little like we’ve seen from Samsung and others in 2020. There’s no fingerprint scanner on the rear, this instead appears to be in a scanner on the side of the phone.

It doesn’t look like Motorola is going to be pushing back the bezels much over the 2019 phone, but it will be moving to a punch hole design for a more modern look. We suspect that there will be a Google Assistant button on the left-hand side of the device.

The Motorola G9 Plus has been listed on a retailer site with 4GB of RAM – the same as the Moto G8 Plus – and 128GB of storage, which is double that of the G8 Plus. There is nothing to say the listing is accurate though and it’s likely there will be a couple of variants.

We’d love to see the recently-announced Snapdragon 690 on board, which offers 5G, but at the moment, the leaks for the Moto G9 Plus haven’t suggested any specific hardware, other than a 4700mAh battery with 30W fast charging.

With the Moto G 5G recently launching on Snapdragon 765, it’s difficult to know how Moto plans to integrate 5G into its existing family of phones without too much crossover with existing devices. It might be that Moto G9 sticks to 4G.

The Motorola Moto G8 Plus has a triple camera system on the rear comprised of a 48-megapixel main sensor, 5-megapixel depth sensor and a 16-megapixel action cam. On the front, there is a 25-megapixel selfie camera.

Leaked images of the Moto G9 Plus show a quad camera block on the rear of the phone. Labelling on this block declares that it’s a 64-megapixel main camera. We suspect that the overall configuration won’t be too different to the G8 Plus, so it might have similar sensors to the older device.

There haven’t been many leaks on the camera, however, so at the moment we just don’t know what appraoch Moto will be taking with this phone.

Here are all the rumours surrounding the Moto G9 Plus so far.

Photos showing the Moto G9 Plus have been shared by a reliable leaker, Evan Blass. These show exactly what to expect from the forthcoming device.

The Motorola Moto G9 Plus appeared on the TUV Rheinland Certification Authority website with the model numbers XT2087-1 and XT2087-2. The device was listed with a 4700mAh battery and 30W fast charging capabilities.

Twitter user @Sudhanshu1414 shared a screenshot of a spanish retailer site Paratupc with the Motorola Moto G9 Plus, model number XT2087-2, listed with 4GB of RAM and 128GB of storage for €277.15.