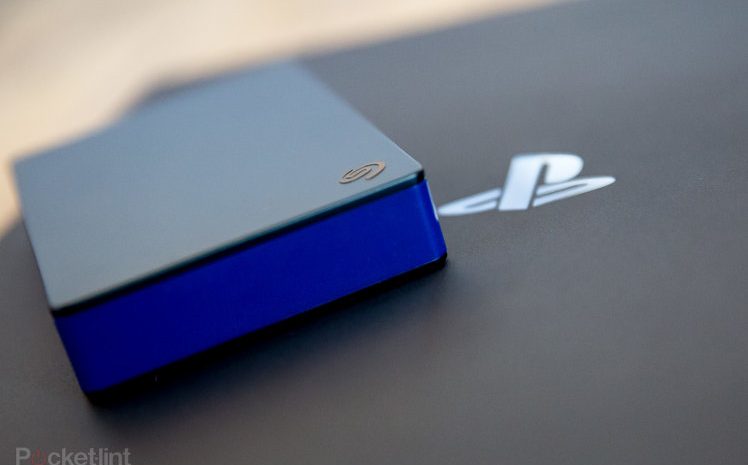 When the PlayStation 4 was first released, 500GB of storage seemed ample. It soon turned out not to be, however, with game file sizes expanding at a fair rate of knots.

Take, for example, Red Dead Redemption 2, which requires a mammoth 99GB of storage space whether you have the digital download version or game on disc. And, if you do opt to download it, you’ll have to find an extra 50GB for the installation process.

That doesn’t leave too much space on your default drive for many other games.

Even if you have the enhanced version of the PS4 or the PS4 Pro, each with 1TB drives, they will struggle. And, even with the fastest internet speeds available, you won’t want to delete and reinstall games too often.

Luckily, there are two options for increasing the storage space on your PS4 or PS4 Pro. One is blindingly simple, the other slightly more complicated. They both work very effectively though and aren’t too costly.

The Easy Way: How To Expand Your PS4 Drive Via An External USB 3.0 HDD

The easiest way to increase the storage of your PS4, whether it be the original model, 2016 refresh or a PS4 Pro, is to add a USB 3.0 hard drive to your setup.

Any USB 3.0 drive will do the job and the PS4 supports drives up to 8TB in size.

We chose a dedicated PS4 edition of the Seagate Game Drive with 4TB of space. It’s great value at under £100 and is designed to match the PS4 perfectly.

Another great alternative is a WD_Black P10 Game Drive, which is specifically designed for gamers and costs only a little more for up to 5TB.

Whichever you choose, to get it work with your PS4, just plug it into any of the three USB 3.0 ports. We chose one of the rear ports to tuck it out of the way.

You then need to head to the Settings menu in order to format the drive to work as external storage. Head to Devices, then USB Storage Devices. You should see your new drive listed on the next screen.

Click on it and you will be taken to a page with a box that says “Format and Extended Storage”. Click on that, wait for a short while and bingo, the drive is ready to use.

The PS4 will automatically set your external drive to be the default to install games on.

If you want to use your internal drive instead, go back into the Settings menu, head to Storage and press Options. You will have the option to choose between the internal and external drive as the game installation location.

The Harder Way: Replace The HDD Inside Your PS4

Another way to expand the storage of your PS4 is to replace the hard drive inside the machine. It’s not as complicated as it sounds and could be ideal if you, say, want to add a solid state drive for speedier access.

You will have to take at least part of the console apart. Sony makes it very simple for you, but you will still find the process a little long-winded. The easy part though is choosing a drive.

The PS4 uses a 2.5-inch SATA HDD, the type of which you’ll find in a laptop. However, not any old 2.5-inch drive will work. To fit a PS4 it will need to be no greater than 9.5mm in depth or it will be too big for the hard drive enclosure drawer.

There are some out there that will meet the specifications, at around the £50 mark. We opted for a Western Digital WD10JPVX – an older 5400RPM Blue drive with a 7mm depth which fits nicely – but there are plenty of more recent SATA III alternatives.

Some have also suggested SSD equivalents, which ramp up load speeds dramatically, but can be prohibitively expensive if you’re trying to increase storage rather than shrink it.

Installing a PS4 hard drive is a lot more time consuming than increasing the storage via an external solution. The PS4 will take a bit more to get up and running, which includes having to back up files as you’ll have to completely start afresh once the new drive is in place.

The files that will need to be backed up are games saves and any video clips or screenshots you wish to keep. You can do the former in a couple of ways.

If you are a PlayStation Plus member you can upload all of your save files to the cloud, ready to download again when you’re done. In fact, if you had already set this up to happen automatically you needn’t bother yourself with this part of the process again. If you haven’t and have a fair few games, this can take a while.

If you aren’t a PlayStation Plus member or wish to keep a more local copy of your saves, you will need a USB memory stick or (ironically) an external hard drive formatted to FAT, FAT32 or exFAT standard to store data on. Plug it into the PS4 through one of the front USB ports and get ready for a laborious process.

Head to Settings, Application Saved Data Management, Saved Data in System Storage and you’ll see Copy to USB Storage Device. Go into that menu and you’ll see a list of all your games. Enter each one individually and you can tick the files you want to copy and confirm. The files will instantly be copied onto the external drive (or uploaded to the cloud if you go through that route).

Also remember to back up your captured videos and screengrabs from the Capture Gallery section of System Storage Management. And once you have you’re ready to install the new drive.

Make sure you completely power down your PS4, not just into rest mode, and then unplug it from any of the wires at the back. Put the console on a flat surface and then slide off the hard drive casing. It shouldn’t be difficult to do but does vary in location from the original PS4, latest PS4 and PS4 Pro.

Inside you’ll gain access to the hard drive enclosure, which is fixed in place with just one large screw with the PlayStation symbols on it. Undue that with a Phillips screwdriver and you can slide out the existing drive using the small handle.

Unscrew the four black screws, two either side of the hard drive enclosure – leaving the rubber holders in place. Then remove the drive that came with the PS4.

Replace it with the new drive and screw the black screws back in place.

Slide the drive back into the console until it feels like it has attached properly and screw it in place using the large PlayStation screw.

Clip the lid or flap back into place and that part of the job is done.

As the console now has a brand new drive with none of the system software installed, you’ll need to reinstall it manually. You’ll definitely need an external USB drive (or memory stick) on at least 1GB in capacity for this part of the set-up, even if you stored all of your saved games in the cloud.

Create a folder called “PS4” on the drive using a computer, then a folder inside that called “UPDATE”. You then need to download the latest system software file from Sony and be wary of following some links on the PlayStation site as they can send you to earlier versions that won’t work (you’ll just get an error message when trying to install).

The latest system software (at the time of writing) is version 7.02 which we found here at playstation.net. It will be around 1GB to download but is the complete software, not just an update. If the file is much smaller it’s the wrong one and won’t work.

Move the downloaded file (named PS4UPDATE.PUP) to the UPDATE folder on the drive and you’re ready to install it on the console.

Reattach all of the leads into the rear of the PS4, plug your USB drive into the front and attach a DualShock 4 controller via its own USB cable. Then press the on switch on the front of the machine for seven seconds or longer. This will boot up the console into Safe Mode and give you some options. Choose “Initialise PS4 (Reinstall System Software)” and the PS4 will find the update (if the correct one) and install it. It only takes around five minutes in total and then your PS4 will reboot and start up as if it has just been unboxed and set up for the very first time.

Of course, you’ll then have to reinstall everything again and sign into your PlayStation Network profile, but at least you’ll have much more storage space than when you started.

As we opted for a 5400RPM drive much like the one that came with the machine in the first place we’ve not really noticed much of a performance upgrade on the internal drive.

We weren’t aiming for speed though (for that you can opt for a 7200RPM drive instead if you’re willing to splash a little more cash) and just having that extra storage space is making a big difference to our gaming lives.

If we’re being honest, you’re best advised to go down the external drive route, considering that’s dead simple and relatively cheap these days. But if you really want to beef up your system, you might want to add a new, faster internal drive too at some point.