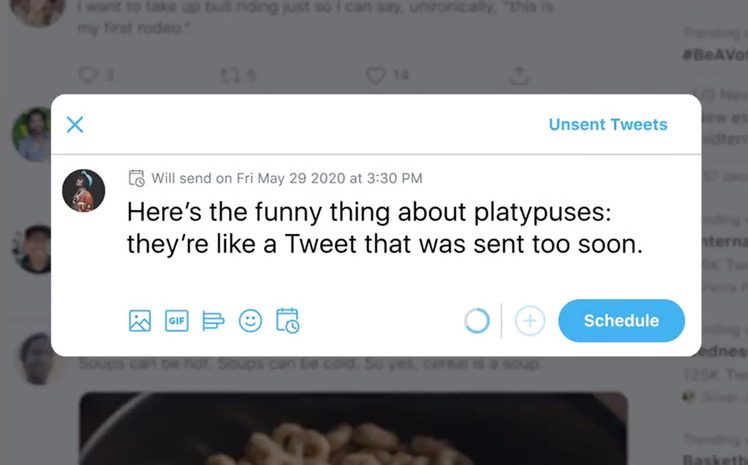 Twitter is launching two new features: The ability to save a tweet as a draft, as well as the ability to schedule a tweet to send at a specific time. The best part is these features are all directly available from the tweet composer window. Here’s everything you need to know.

Not quite ready to send that Tweet? Now on https://t.co/fuPJa36kt0 you can save it as a draft or schedule it to send at a specific time –– all from the Tweet composer! pic.twitter.com/d89ESgVZal

Twitter has rolled out the option to save or schedule tweets, natively in the web app. In other words, there is no need for tweet scheduling tools anymore. The scheduling feature initially launched for a select group of users, though now it’s being rolled out more widely. If you don’t want to finish a tweet in the moment and would like to come back to it, simply save it. Just follow these steps: If you wrote a tweet but would rather send it later at a more optimal time, just schedule it. Follow these steps:

Where to find scheduled tweets

From the compose tweet window, tap Unsent tweets and then scheduled to see all your scheduled tweets. Tap one to open and edit your tweet.

Anything else you should know?

At launch, Twitter’s new features appear to be limited to Twitter.com on the web. We’ll let you know if they come to Twitter’s mobile apps. You do not need to click or update anything to get the features. They should appear automatically for you.