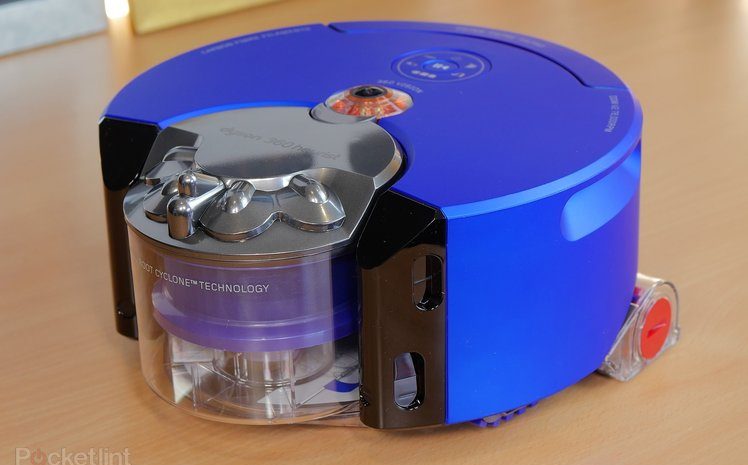 We’ve reviewed quite a few awesome robot vacuum cleaners and the tech in them is constantly improving to bring better cleaning results and more convenience too.

The Dyson 360 Heurist robot vacuum might cost a fair bit, but it’s also proof that you really do get what you pay for. Here’s why it stands out from the crowd. As you’d expect from a Dyson vacuum, the 360 Heurist boasts some serious cleaning power. It sports a motor that spins at up to 78,000 times per minute, and Dyson’s Radial Root Cyclone technology to give the bot the most suction possible. This means it’s great at sucking up dirt and dust and keeping your home clean.

The super cleaning abilities of this bot aren’t just in its suction power though, it’s also in the design details. Where most robot vacuums have an edge brush, Dyson has opted for an edge-to-edge stiff-bristled main brush instead, which works well even when cleaning around the edges of the room. The Dyson 360 Heurist is designed differently to most other bots we’ve tested. Whereas other robot vacuum cleaners have wheels, Dyson has opted for tank tracks that allow it to mount obstacles, clamber over thresholds and generally work its way around your home with ease.

It’s also designed with easily cleanable filters and a simple to empty dustbin too. This robot vacuum cleaner is undeniably intelligent. It’s packed full of clever features, like the ability to scan your home, then break it into zones so you can control the cleaning of particular areas.

This zone cleaning means you can set schedules which include targeting specific rooms and even the amount of suction the bot uses when it cleans those rooms. Set a quiet clean for early in the morning or an aggressive clean of the hallway where dirt is likely being trampled on a daily basis.

For much simpler controls you can also just press the button on top to start and stop a clean with ease. There’s also an information readout on top that lets you know at a glance when there’s an issue – such as a clog – that needs sorting.

The other thing that makes the Dyson 360 Heurist stand out is its stylish design. This bot certainly stands out from the crowd with its bold blue body, a refreshing break from the norm of low-slung, black bots that we regularly see.

Dyson is also doing its own thing when it comes to style, as this bot is tall and chunky. That extra volume is put to use, meaning more space to implement Dyson’s cyclone technology for a more effective clean. We’ve already mentioned how effectively the Dyson 360 Heurist navigates the home. Its Intelligent Simultaneous Localisation and Mapping (SLAM) system means it not only gets about easily, but also knows where it is while it cleans.

That means it doesn’t need to go back and forth stupidly over the same sections of the house, but instead carries out a regimented and intelligent clean that gets better overall results. You’ll see all this in the app and the state of your home once the bot has finished and returned to its dock.